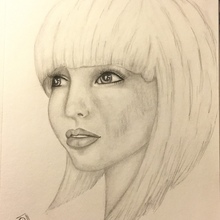 Sally began her artistic endeavors as an acrylic painter and instructor in the late 70s. Since that time, she has continued painting but also began a career in painting with wool, designing and creating hand hooked rugs with traditional methods of hooking wool strips through linen backings. Several of her textile works have been published in national publications over the years.

With a formal, working-for-the-man background as a writer, editor, and web designer, Sally enjoys many forms of art, but most days you will find her with paint on her hands...and clothes, and bench, and floors.

Sally’s contemporary, artistic influences include Flora Bowley, Ivy Newport, and Jane Oliver. While classic influences include Van Gogh, Freda Kalo, among others. She will be the first to admit that learning is a daily activity and at 68, she hopes there will be many more days in which to learn new arty things.

Sally is a resident of Lorain, OH and lives in her childhood home where she uses her late father’s woodworking shop as her studio. 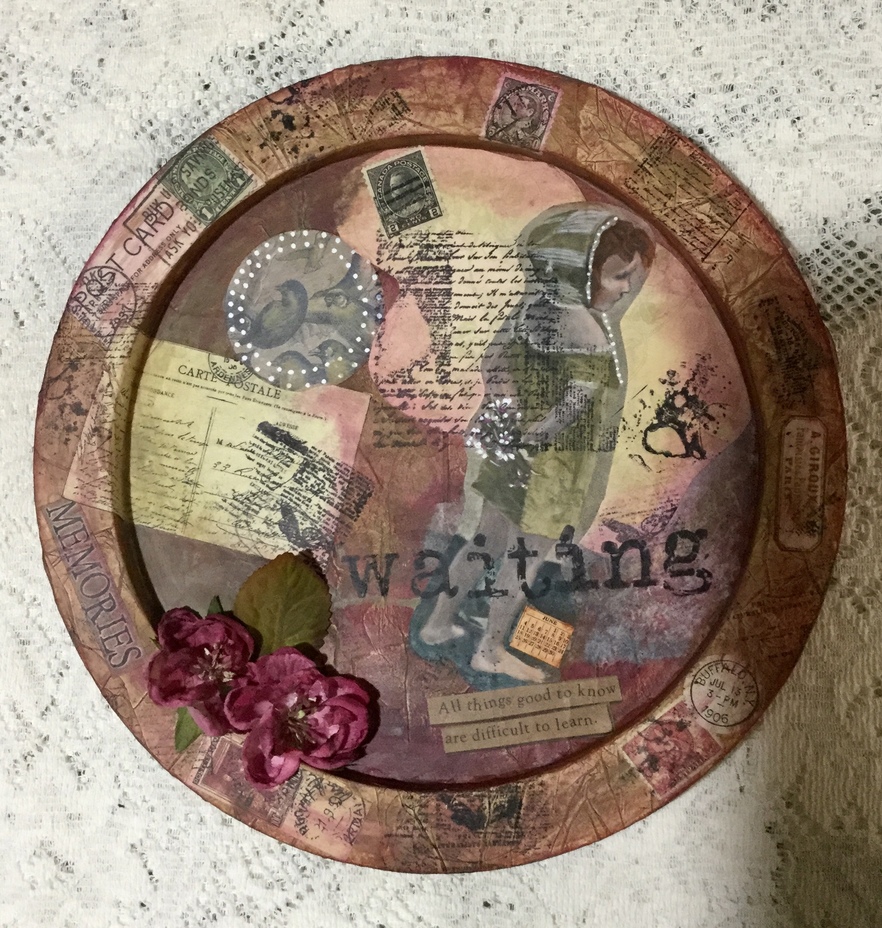 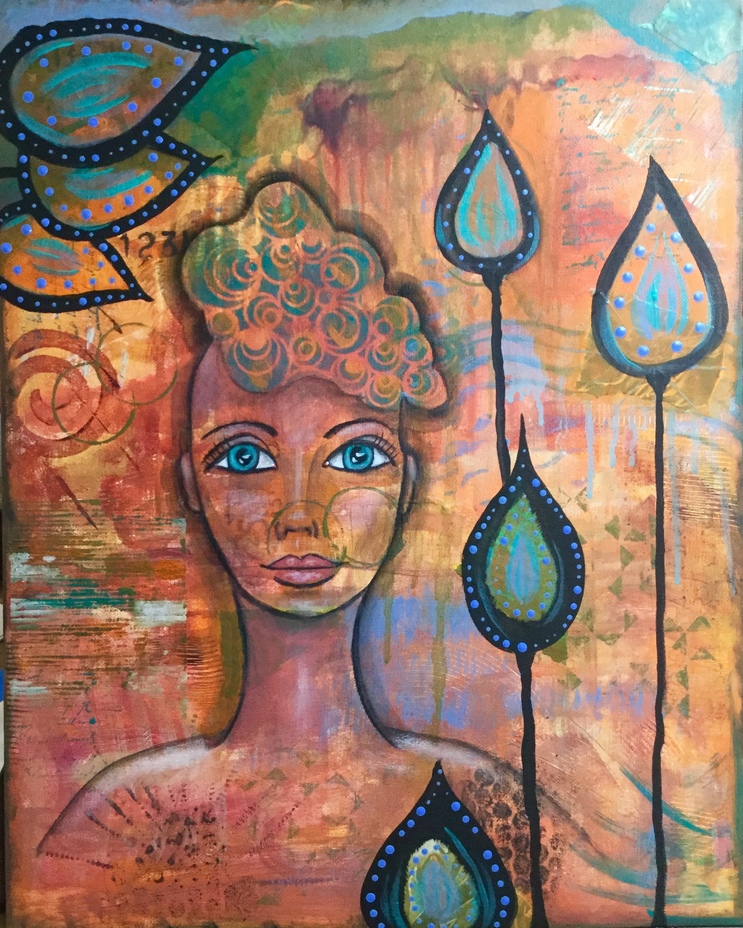 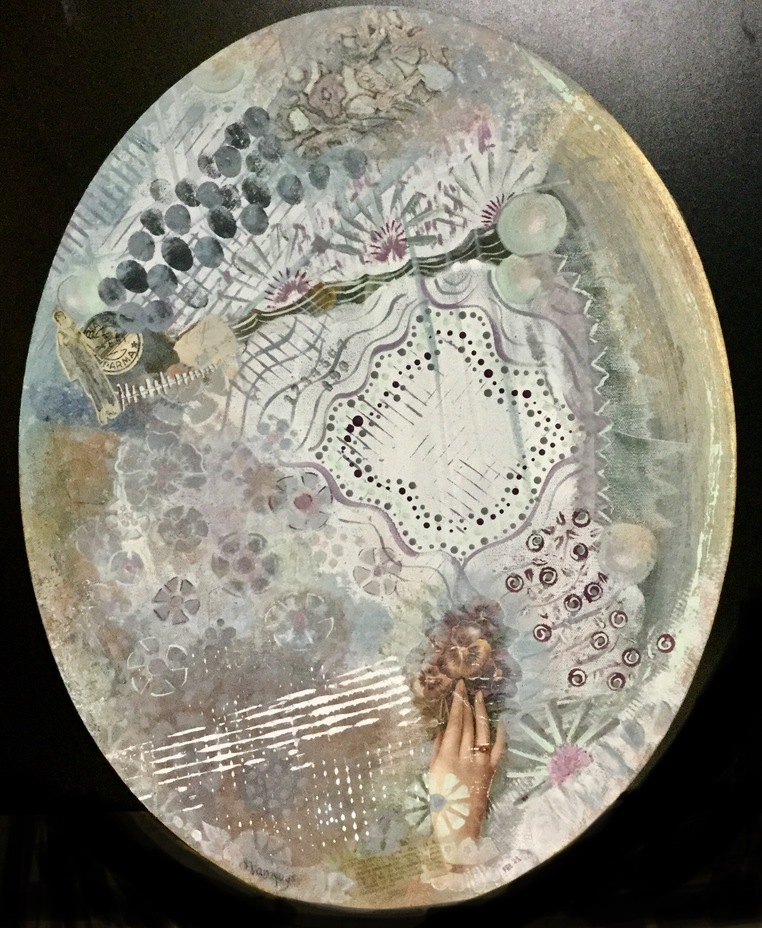 Out of the Dark
Acrylic and mixed media on 16x20 canvas 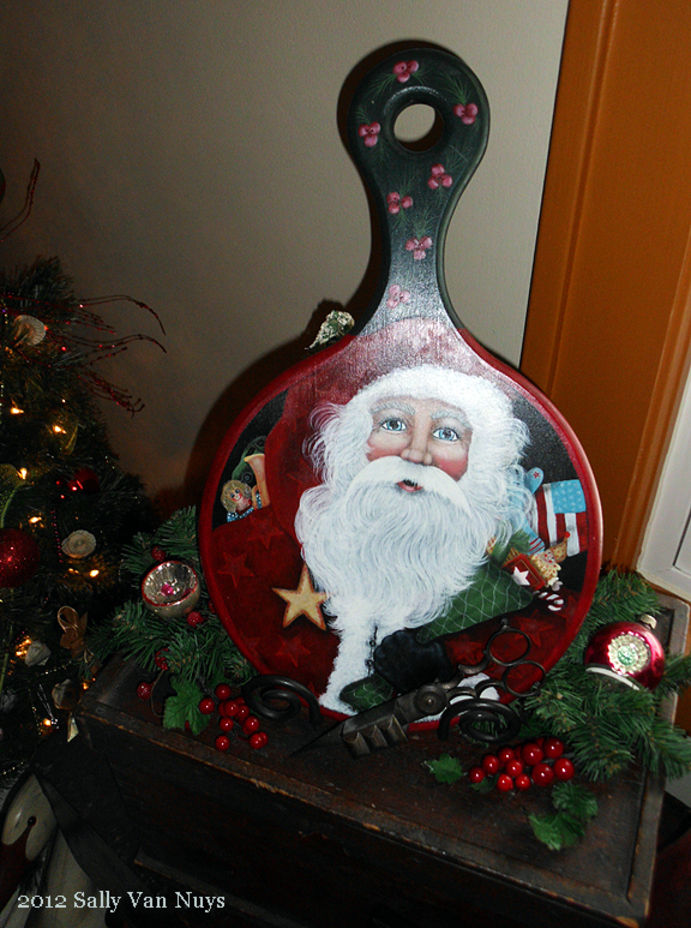 Santa
Acrylic on board 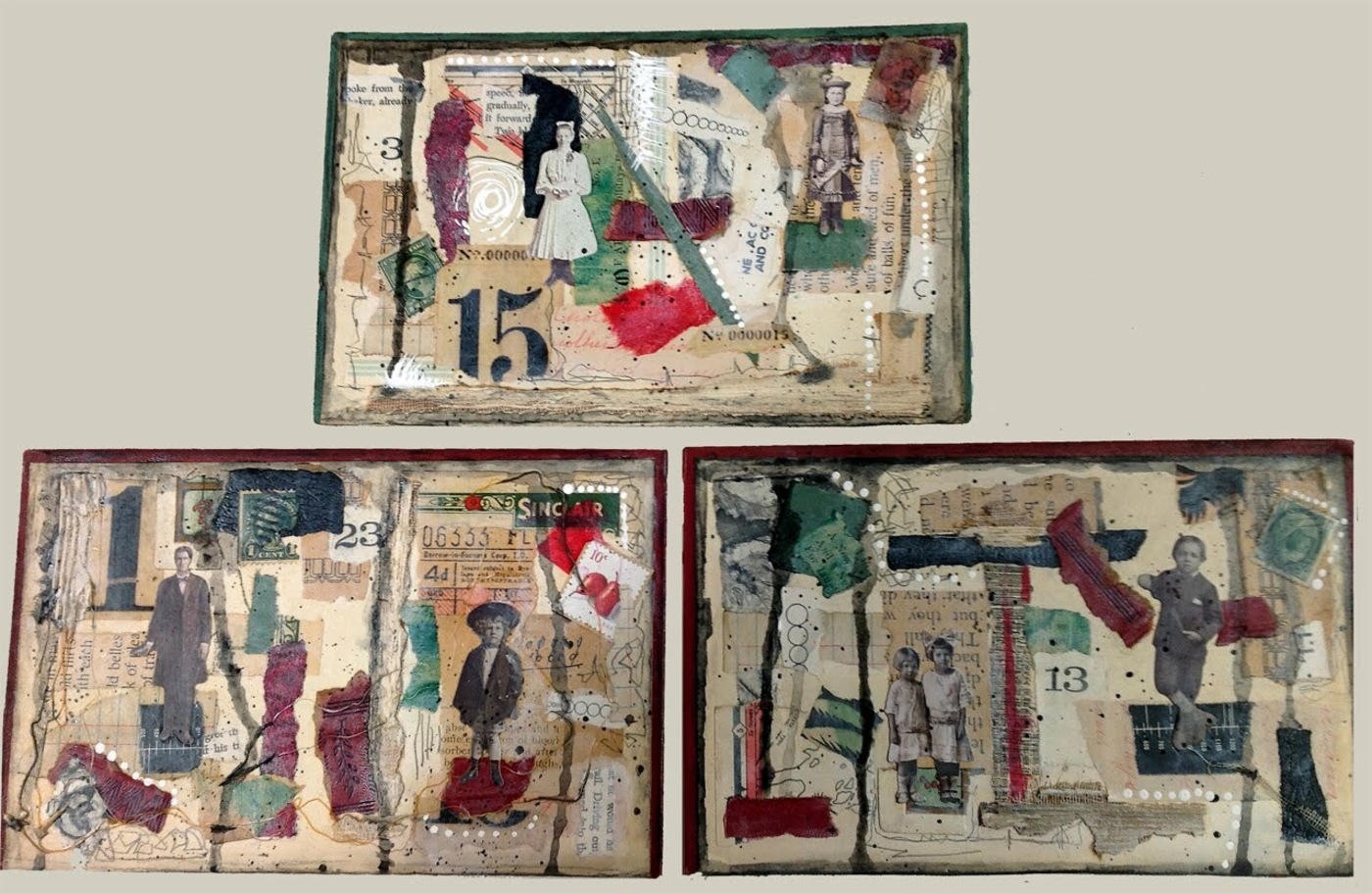