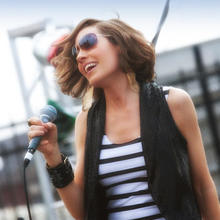 Michelle Romary is a Cleveland based singer, songwriter, and recording artist. Described by Cleveland Scene Magazine as having "...incredible songwriting ability and amazing vocals..." her recent EP, Torrent, was released in May 2016 following her solo debut pop/rock EP, "Floating Shift," released on October 16, 2015. Her new EP, "Grounded," is set for release in March 2018. All 3 EPs in the 4-part series were written by Michelle and recorded and mixed by multi-platinum award winning Cleveland-based composer, producer, and audio engineer, Michael Seifert. Michelle’s original songs are categorized in the pop-rock genre, but are sprinkled with punk, reggae, western, and folk influences. 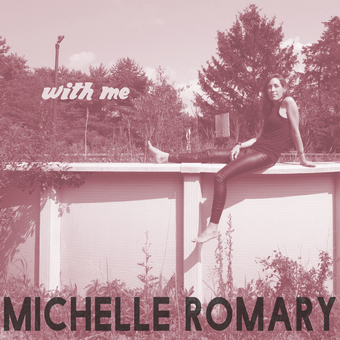 With Me
"With Me," written by Michelle, was released summer of 2017 in advance of her EP, "Grounded."