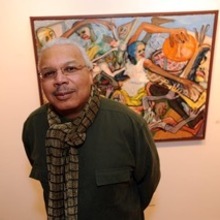 I came of age in the 1960s on the segregated eastside of the city of Cleveland in the Glenville neighborhood. The city was bounded on the north by Lake Erie and within by the Cuyahoga River that divided the city and schools, and its white and black communities, into east and west. Our segregated community pulsated with energy and ambition. Gun and hunt clubs, confraternities, black self-development groups met, paraded, and debated in the streets while charismatic preachers held sway over street corners. Music poured out of its bars, and former Jewish temples now Baptist churches nights and weekends. Black artists painted posters, signs and designed stained glass windows. The Cleveland Museum of Art, Wade Oval and its reflecting ponds and cultural gardens were the southern boundary separating our community from the Waspish heights and the hostile Appalachian white neighborhoods.

In my grandmother’s home on the green leafy tree lined boulevard where I was born, there was a small library of books with illustrations and the Glenville Public library was within walking distance. By elementary school, I had developed an interest in books and art. I was known, by junior high as a mischievous and bookish student with average grades except for art. Glenville High had a reputation for its excellent academic and art programs and for whacking unruly students with wooden paddles, and I received my share. It, the school, was keen on discipline, was 99% black, but did not teach black history. That I would have to learn on my own. I was recommended by the school to paint murals for homeowners and businesses. The community, parks and nearby Lake Erie, were both my playground and classroom. Then city’s racial boundaries had some bearings on shaping my youth, but were faint inconveniences compared to Glenville’s rich black heritage. Only a short distance separated Glenville from the Cleveland Institute of Art (CIA) and the Cooper School of Art and I was certain I would become a professional artist someday.

But my art aspirations were interrupted as political change, racial violence and social unrest dominated the community and the nation in the mid-1960s. Classmates were murdered by aggressive police or national guardsman in Glenville, the epi-center of rebellion against economic exploitation, poor housing, and police brutality; MLK, Malcolm X, and the Kennedys were assassinated; a white minister protesting school neighborhood segregation was run over by a bulldozer not too far from my home. From the moment forces of change took over, my childhood innocence was radically transformed. I was swept into the civil rights and black empowering movements. “Black is Beautiful” and “Black Power” were in the air countering black apathy and disunity. Creating art now seemed superfluous. I studied the black history which was not taught in schools, sought out and confronted racism in its nefarious manifestations in my community and elsewhere, especially in segregated housing and nearby white neighborhoods.

Pursuit of a four-year college degree out of high school was also interrupted by family responsibilities, but, over the decades, I took night classes whenever the opportunity presented. I created a library in my home for self-study, obtained a graduate degree in Science from Cleveland State University, but my passion for creating art never dimmed. I attended art classes, visited museums and artist studios in Europe, the Caribbean, and South America. I started making art again in about 2000 in my home and was invited to share studio space with one of the CIA Asian instructors. Today my art is about the history, struggles, and triumphs of African Americans with the goals of confronting racism and exploitation in whatever forms they exist.

With the publication of the book, “The Artistic Life of Lawrence Baker” in 2014, I took the opportunity to research and write about the evolution of African American artists in the United States from the 1600s to the present. I believe in both questioning the past and envisioning a better future while upholding the tradition of the creative black people who came before me. 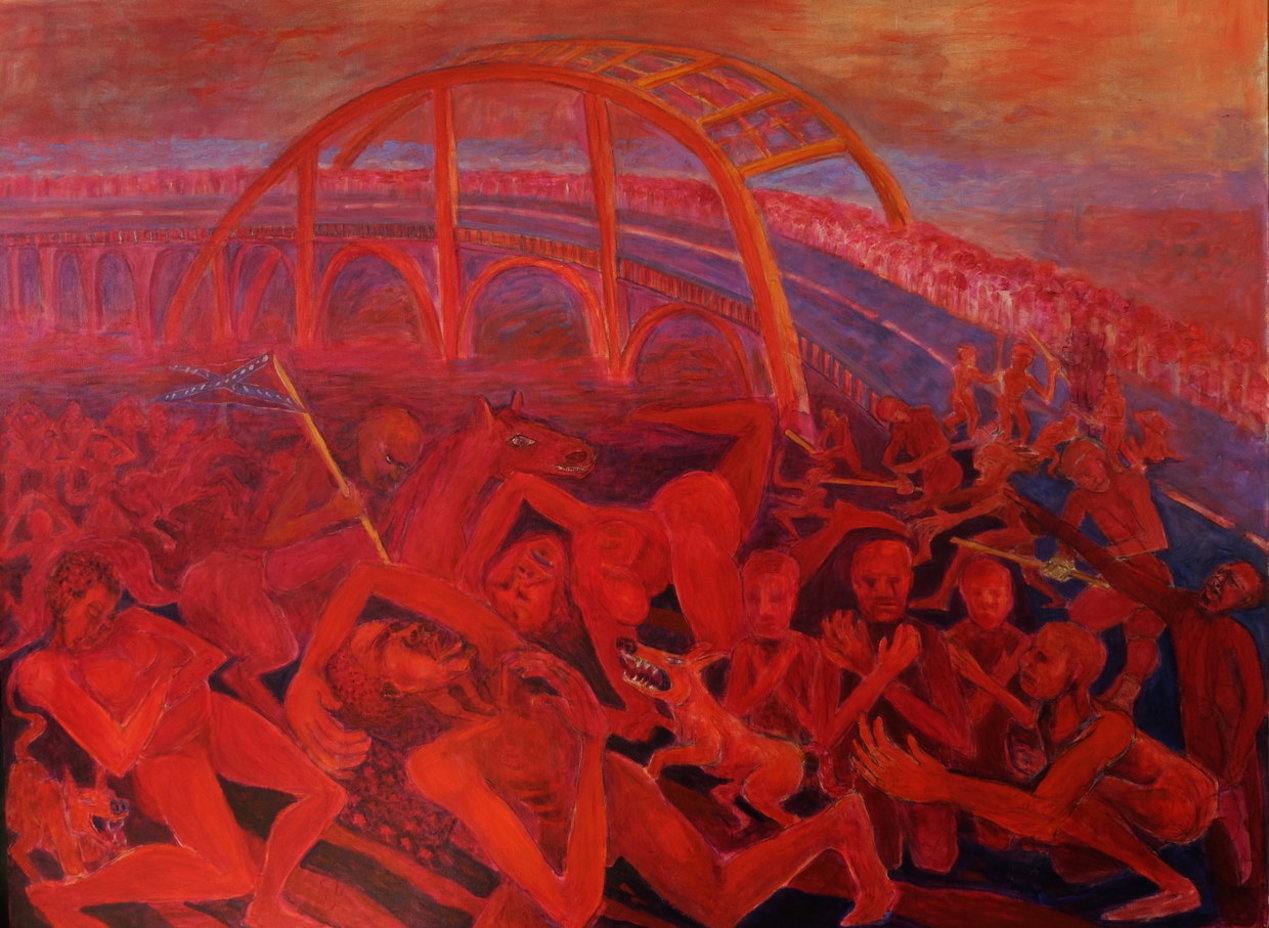 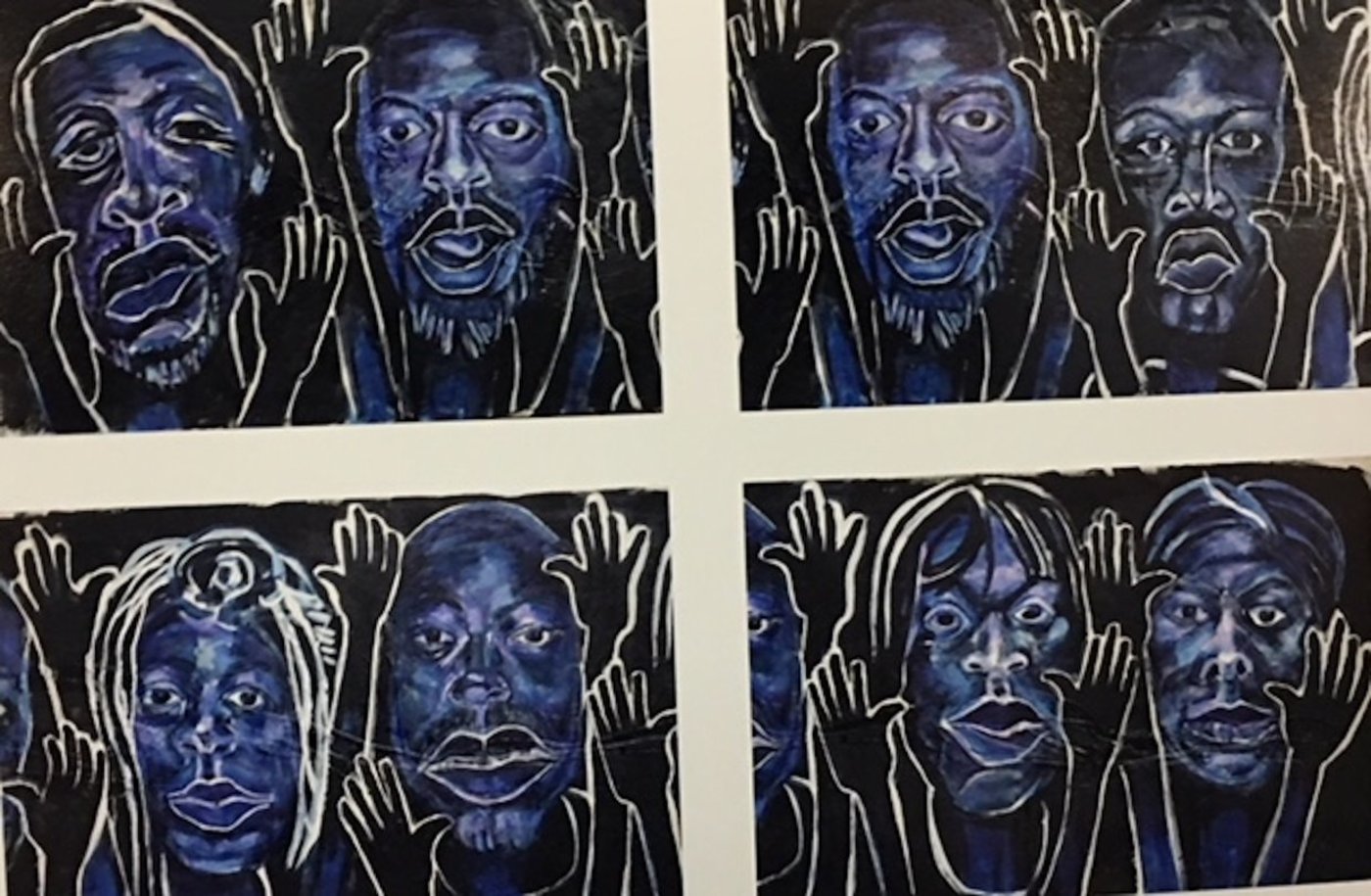 Hands Up, Don't Shoot
Everywhere and at all ages Black lives matter! 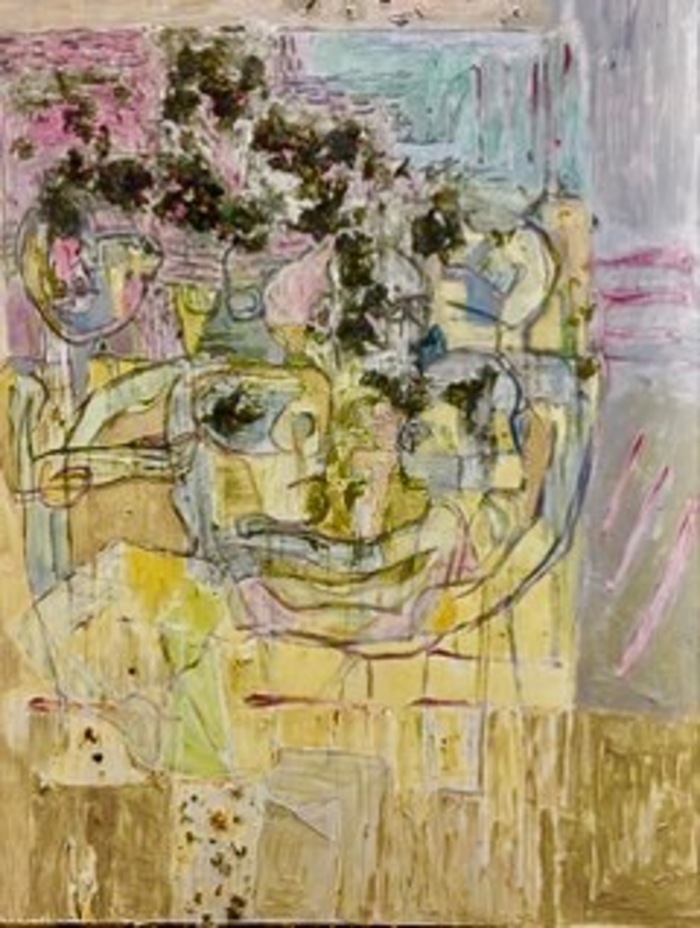