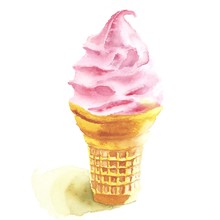 J T Gold, now in his forties, lives in Cleveland, Ohio with his wife and kids, and has only recently started selling his art after a lifetime of drawing. Born in Canada, his family had always traveled; for example, he lived a few years in England and Japan as a kid. He started drawing nudes when he was 7 while living in Japan; as a culture with less body modesty, he would draw the nudity he saw in Japanese cartoons and magazines. When back in North America, he drew what he could find of the body, even if it was just underwear models, through his high school years.

He chooses to draw nudes as they show a person without their costume, no longer playing a role, but at home in their selves. And the intimacy of really trying to see a person as who they are is where he finds beauty and has brought him creative joy.

After university, he stopped drawing for a while, thinking he was putting away childish things, but he realized he was missing a passion in his life and joined several local art groups with nude models. Although he took life-drawing classes in university, he is largely self-taught and as such doesn't tend to use classical techniques; he describes it as drawing the trees and hoping the forest appears.

One of his signature techniques, chromostereopsis, is to foreshorten the model and use red and blue to indicate depth: the red pulls forward and the blue pushes back, as though the drawing is a topographical map of the human body, evoking an emotional reaction in the viewer.

Another technique he uses a lot is leaving lost edges; where the subject is not outlined and instead the boundaries are found in the minds eye. 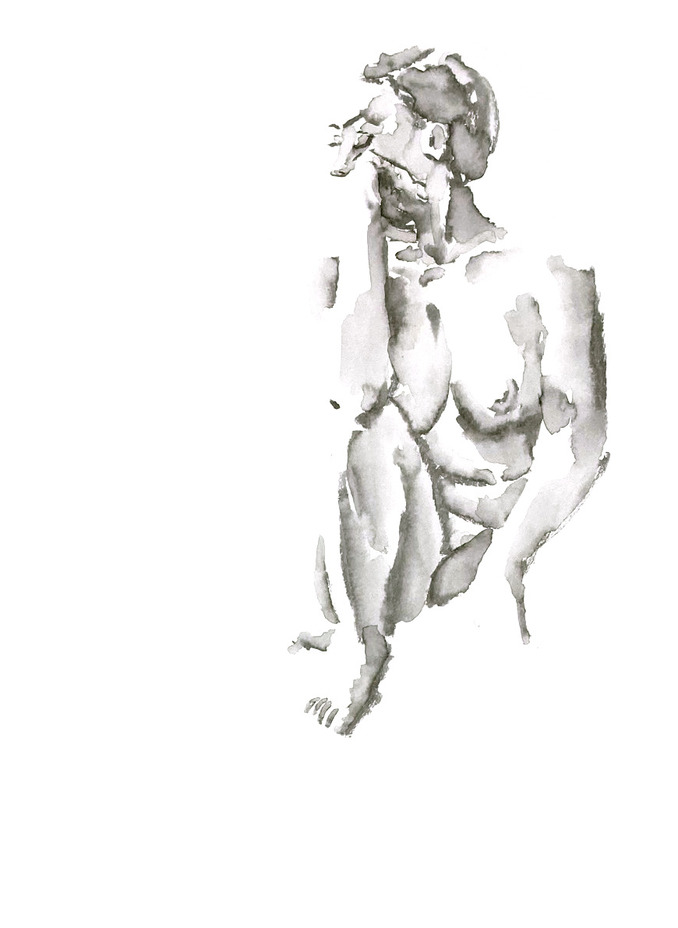 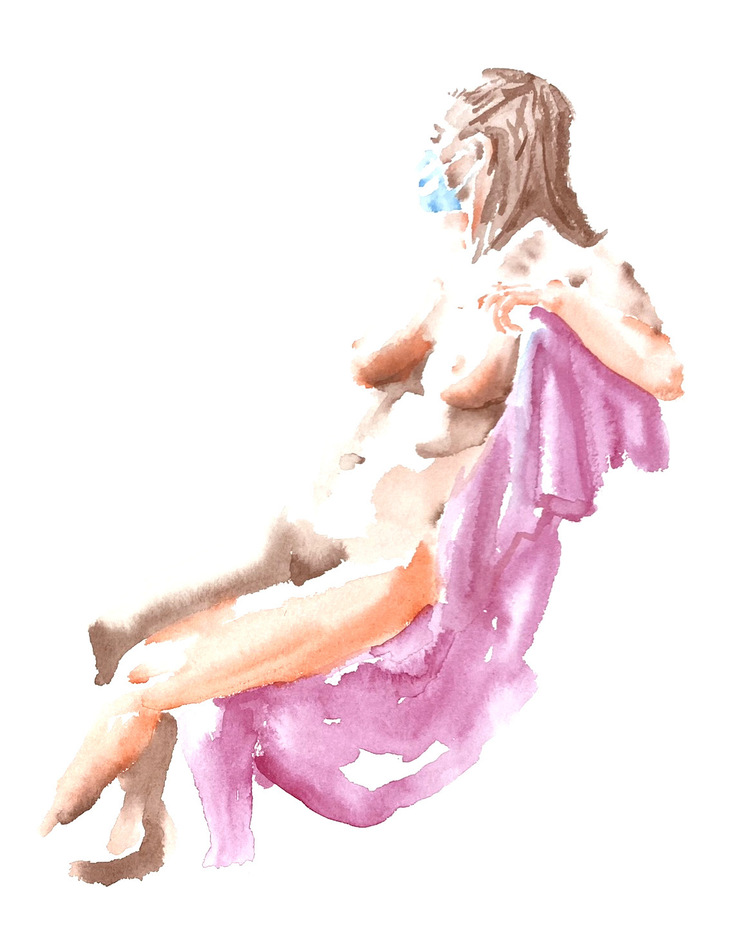