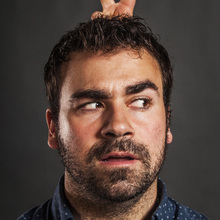 Jeremy Paul is the founder and Artistic Director of Maelstrom Collaborative Arts since 2006. Primarily working in the field of devised theater, Jeremy has led the creation of the original productions Who We Used To Be, Don't Wander Off, Broken Codes, The Turing Machine, The Grand Celebration of the Celestial Mystery, TingleTangle, Code: Preludes, The Excavation, and Marble Cities. He is also the co-creator of the original works The Last Day (with the Maelstrom Cadre), NICK&JEREMY (with Nick Riley), Absence (with Michael Rau) and The Beetlebug and the Bad Worm (with Faye Hargate). Jeremy has also directed the world and regional premieres of many plays in Northeast Ohio, including Tall Skinny Cruel Cruel Boys, Stranded on Earth, Black Cat Lost, My Barking Dog, Inoculations and Anna Bella Eema. Jeremy graduated from Wesleyan University in Connecticut with dual majors in Theater and Film, and has post-graduate training with the Pig Iron Theatre Company, New World Performance Lab and the Celebration Barn International School for the Performing Arts. Jeremy is a recipient of CPAC Creative Workforce Fellowships in 2012 and 2016.