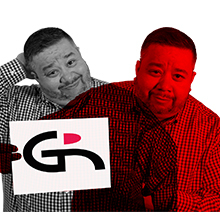 Gilberto Rivera is an graphic designer, writer & illustrator who is known for his fluid style and prolific line work. He has been using his artistic ability in the television and independent film scene for a decade. He recently graduated from Cuyahoga Community College with degrees in both illustration and graphic design. Working for the college he produced, animated and directed several commercials and developed a web series called Jump-cut. He also creates original content for his Youtube channel called ArtpopTv. He is Creator of "Creating the Superhero in You" program. From character designs to storyboards Gilberto feels telling a great story is the most important part of his work. He currently lives and works in Cleveland, Ohio.