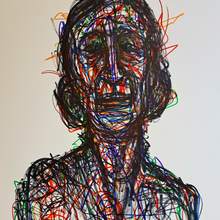 Gregory Alan Johnson was born in 1954 and grew up in Brook Park, Ohio, a suburb of Cleveland. He began doodling as a child, a practice that his father encouraged by bringing unused forms home from work, the blank backs of which he would use for his random drawings. He began to notice that he was better at art than any of his schoolmates, which further encouraged him to continue. Upon graduating high school in 1972, he worked as an auto mechanic apprentice to make enough money for art school. In 1974 he was accepted into Cooper School of Art, which he attended until 1976. He discovered felt-tip pens there, which were used as mediums for illustration layouts. These would prove to be his medium of choice, and still is today, as most of his work is rendered with them. Upon retiring from his day job, he has decided to share his work to a wider audience. He is an active member of the Ohio Art League, and had one of his pieces featured in an OAL show in Columbus, as well as several exhibitions for 83 Gallery and 934 Gallery, also in Columbus.
Solo Exhibit at Stella’s Art Gallery in Willoughby, Ohio entitled: “Inward Outward: New Art from an Old Soul” Feb. 1st through Feb. 28th 2023 featuring an eclectic collection of line drawings and paintings exploring what Gregory refers to “psychological abstracts”…explorations of the inner. 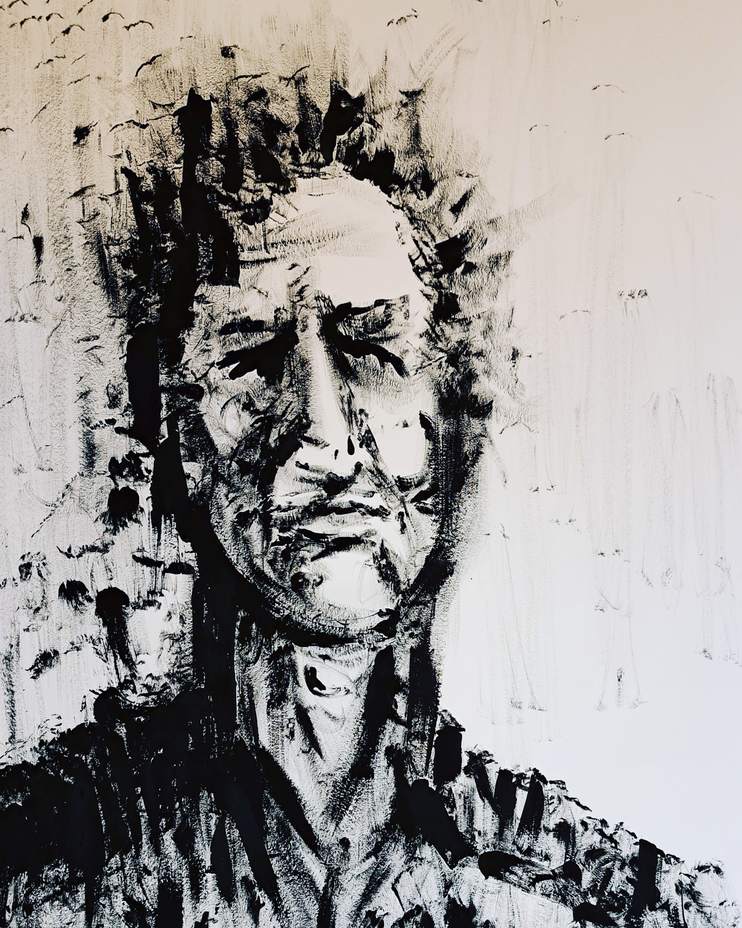 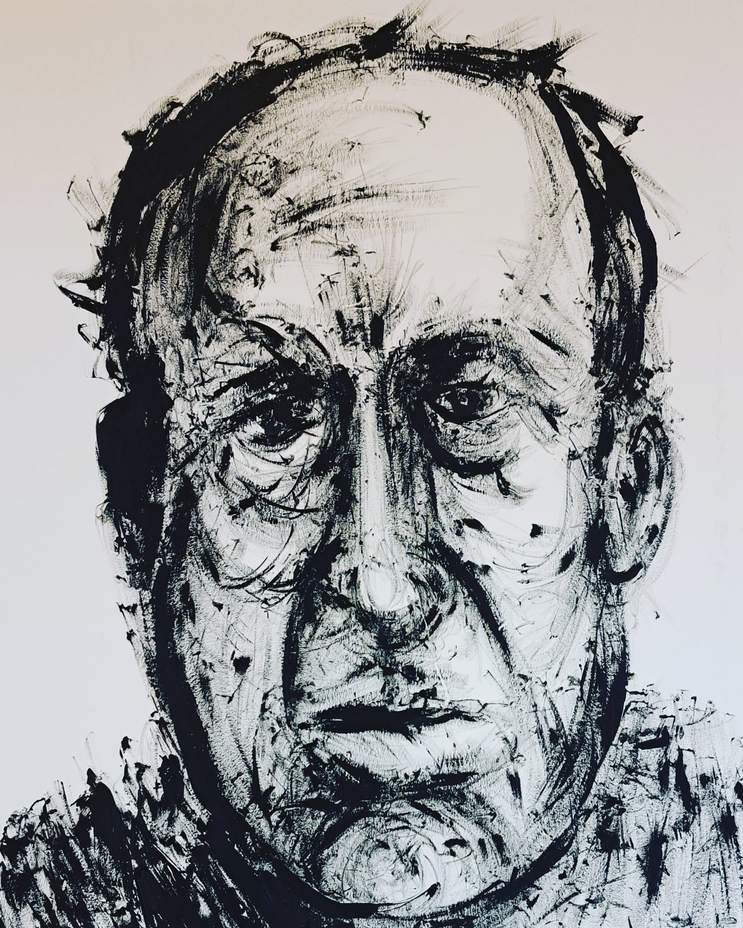 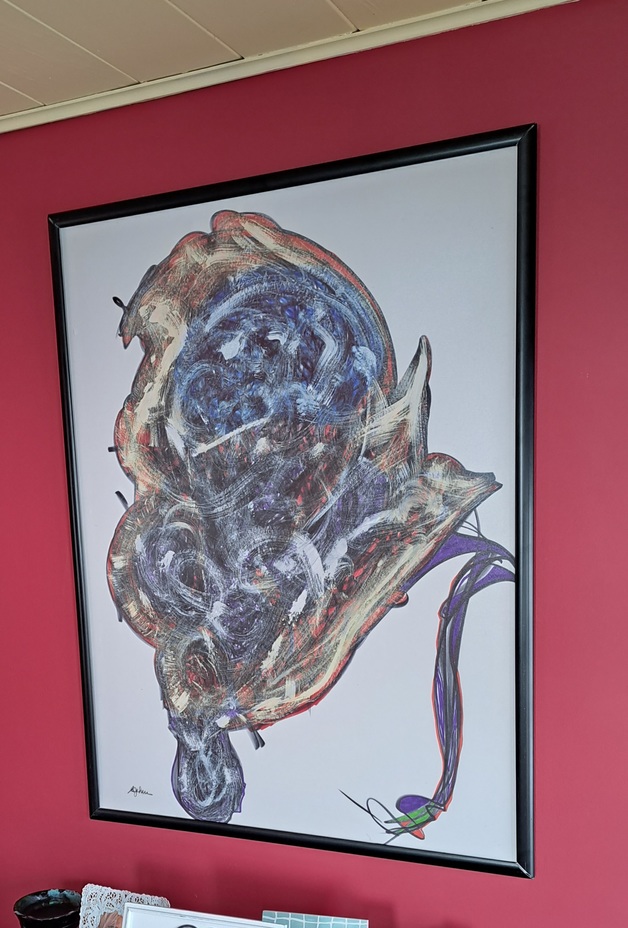 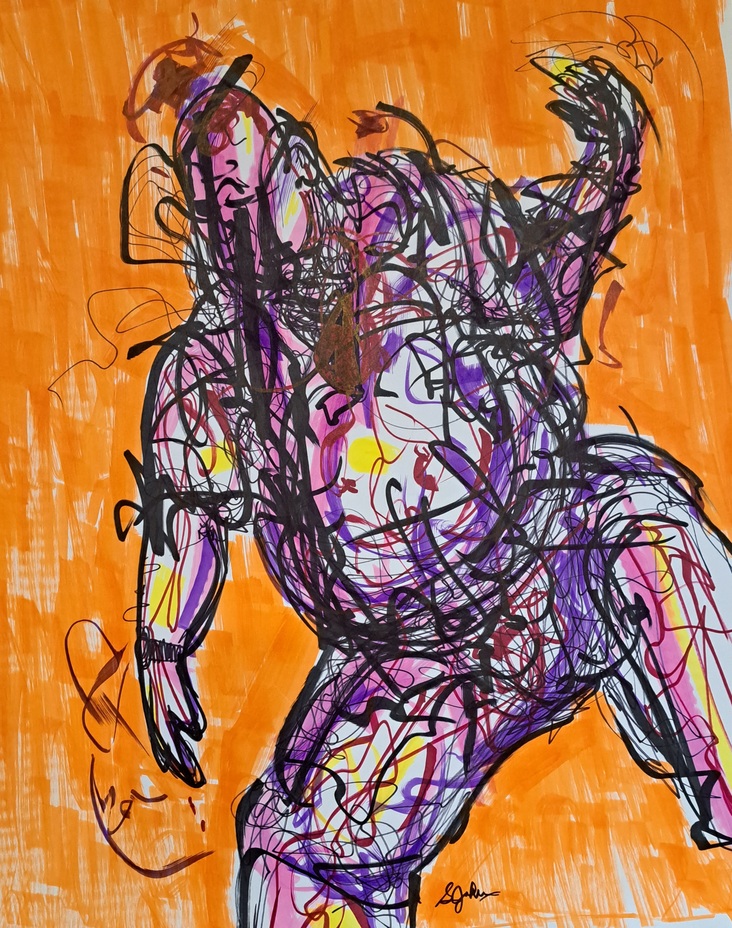 Dancing While Lost
Felt Tip Marker on Illustration board 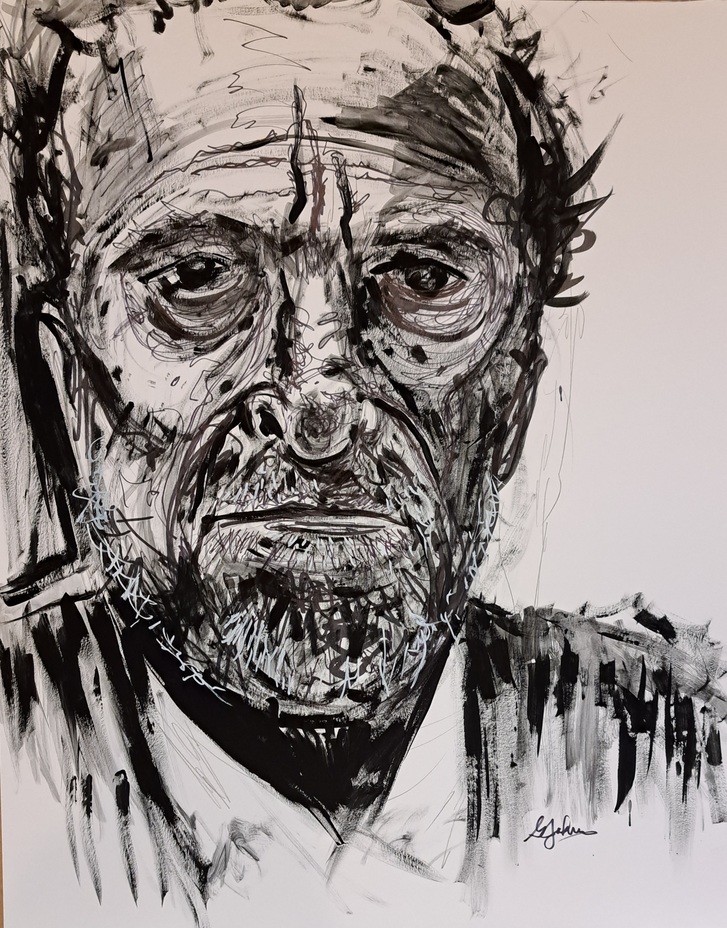