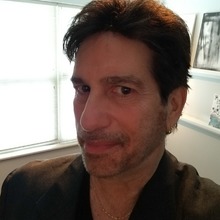 Chris is a self-taught all-around guitarist/composer/producer. Chris has many current recordings on the charts with Kinsman Dazz NKA BluDazz, Grammy winner Michael J.Calhoun. Chris has solo recordings on all streaming sites, and performs and records with his prog-rock-jazz-rock trio "Cuda Schieferstein Cuda" featuring Tony Cuda on bass guitar, and Matt Schieferstein on drums.