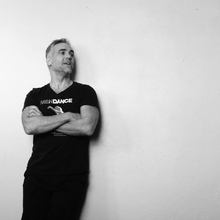 Bill Wade recently completed a professional certificate program with National Arts Strategies' Executive Program in Arts & Culture Strategies (University of Pennsylvania) to enhance his capacity in all aspects of running a successful arts & culture non-profit organization. He is the recipient of the 2012 Cleveland Arts Prize and an award for Outstanding Contributions to the Advancement of the Dance Art Form from OhioDance in 2013, is the Founder and Executive/Artistic Director of Inlet Dance Theatre. Inlet is an outgrowth of Bill’s previous eleven years as an Artist in Residence at Cleveland School of the Arts, where he founded the YARD (Youth At Risk Dancing), a nationally recognized and awarded after school program. In 1998, he received the Coming Up Taller Award at the White House in Washington DC from the National Endowment for the Arts and the President’s Committee on the Arts and Humanities.

Since its inception in 2001, Inlet, under Wade’s leadership, has earned an international reputation for artistic and education programming excellence. He is a nationally sought-after choreographer and dance educator whose choreography was recently enthusiastically received at Jacob’s Pillow’s Inside/Out Series and his men’s focused work has been presented twice in Seattle’s “Men in Dance”. He was commissioned to create an evening-length work, “Among the Darkest Shadows”, focusing on human trafficking (Wharton Center for the Arts, E Lansing, MI) in collaboration with renowned LA playwright José Cruz Gonzales that toured to Des Moines Performing Arts, and he was commissioned to create a new work, co-produced by Playhouse Square (CLE), that transformed Kobi Yamada’s NYTimes best-selling children’s book, “What Do You Do With An Idea?” into a full-length dance theatre production that will conduct a national tour in 2020 and will also travel to Macau, China in August 2020.