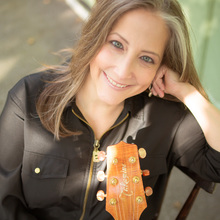 “…her nuanced vocals on 13, burnished and honey-toned. She’s always been one of the area’s outstanding singers, and maturity has just added to the impact of her vocals. The new songs play to her strengths. In fact, the songs, with the full but not overwhelming arrangements and their graceful melodies, pulse with focused energy. Standouts like 'Two Hearts' and 'Heaven Sent' are both delicate and propulsive.” - Anastasia Pantsios, Cool Cleveland

[album opener on 13, “Fight for a Better Day”] "It's a righteous tune cut from the same musical cloth as songs by Melissa Etheridge and Ani DiFranco." - Jeff Niesel, Cleveland Scene